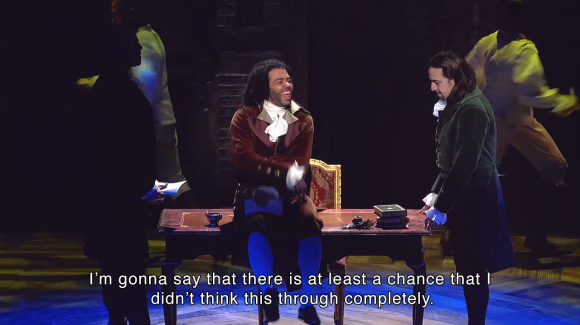 If you were to go back in time and tell teenage Maureen that adult Maureen was interested in pop culture, I’m sure the response would be a perfectly teenage mixture of sneer and bafflement. I was one of those kids who leaned hard into being different (which is fine) and disliking anything the kids around me liked (which is not so fine). If it was big, I turned away.

In fact, part of the reason I still haven’t read the whole Harry Potter series–I know. I KNOW.–is that it was popular and therefore bad. (Also my parents asked me directly not to read it. So I read Poul Anderson instead. It’s possible this was a mistake.) In short, when it came to pop culture, I have a history of being a bit of snot.

At any rate, it’s taken me until well into adulthood to respect and embrace both pop culture and the idea of pop culture. Nowadays, I find the whole thing fascinating. Although I certainly pick and choose which aspects I’m interested in engaging with, I do consider myself a part of the whole web that makes up pop culture. There are a couple of reasons for my shift in thinking.

For one thing, nerdy stuff–the stuff I’ve always been interested in–has become more mainstream. I find the kinds of things I want to read and watch are more likely to be considered part of pop culture, and since I’m no longer a snotty 13-year-old, this is pretty thrilling.

But more importantly, I’ve come to see pop culture as less about the thing that’s being consumed and more about the people you’re consuming it with. The process of sharing your love of [insert tv show/movie/album/book] builds a shared language: jokes, references, crossovers to other favorites. They’re about being able to say, “RIGHT IN THE FEELS” or “I feel like your inner April and inner Leslie are fighting” (as I memorably said to my boss) and knowing that the other person is going to get it. It is fundamentally about that common sharing & understanding.

I don’t want to pretend that pop culture is a utopia, by any means. We can and should critique real and important issues, including what is considered pop culture, the consumerism that inherently drives a lot of it, the effects of various (mis)representations. But I also don’t want to pretend that people aren’t already doing that. The same people who create the memes and jokes also point out that Rey is missing from Star Wars toy sets, or that Doctor Strange is a racist mess. It’s not an either/or.

And it’s also helpful for me to realize that I’ve been part of it all along. From my Lisa Frank folders to the LotR fan videos on, even when I thought I was so apart and above it all. At some points in my life this realization would have been distressing; now I just think it’s a little funny and a little encouraging. I was never quite as alone as I thought.