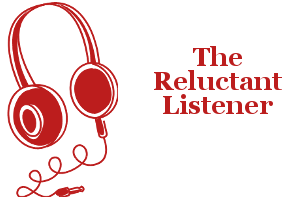 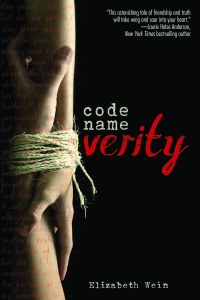 A few years ago, when I would have categorized myself as very much NOT an audiobook listener, I was tempted into listening to the audiobook for Code Name Verity. Because, well, Code Name Verity, plus several people I trust said it was very well done. And it was and is. I’ve just finished listening to it again, and cried buckets of tears as usual.

Part of the reason I’m often wary of audiobooks is that I tend to hear a narrator’s voice while reading, and if the audiobook narrator doesn’t match up with that imagined voice, the whole thing doesn’t work. (I stopped listening to a Dorothy Sayers audiobook after about two minutes because the voice for Lord Peter was just so very, VERY wrong.) In this case, the voice casting for both Julie and Maddie is wonderful; both narrators actually reflect where the characters come from, and both are excellent at narration. Morven Christie as Julie is especially–well, memorable doesn’t quite cut it. She makes Julie come alive. Clear and funny and then sometimes fraying into sorrow, anger, tiredness. Plus, she does all the accents and languages so well!

Which brings me to another point: the first time I listened to this audiobook, I had read CNV at least twice. I cried buckets of tears, of course. But the audiobook made me cry in several new places. I did not think at the time that this was possible. First, there’s the whole sequence with Georgia Penn, which somehow came so much more to life: that careful dance of words that both are enacting. “I am the soul of verity.” And then, that astonishing moment when Von Linden sings a snippet of Wagner; Christie somehow manages to sing as Julie quoting Von Linden and it’s one of the most eerie things I have ever heard. Audiobooks at their best give new depth to the familiar words, and that’s exactly what this one does.

Lucy Gaskell’s Maddie is also wonderful. Completely different than Julie, more emotional, less considered, her narration fits Maddie so well. She uses pauses, a little hitch of breath and it’s like she’s talking to you. But she’s also fierce, as Maddie is. When she talks about being Von Linden’s mortal enemy, I believe her utterly. And in the bridge scene and its aftermath, I completely believed her pain and sorrow and guilt and–is satisfaction the right word? Not exactly, but her knowledge that she hadn’t let Julie down.

This is still one of my favorite audiobooks ever, an astonishing and beautiful performance. They do make a sensational team.

A sensational team. I just relistened to it and cried buckets.

I keep thinking that someday maybe I won’t cry so much over this story, but nope.

[…] I listened to the audiobook of Code Name Verity, one of the things I noticed was the sense of performance. This makes a lot of sense given the […]